Effectively there are two types of potatoes – earlies and maincrop. 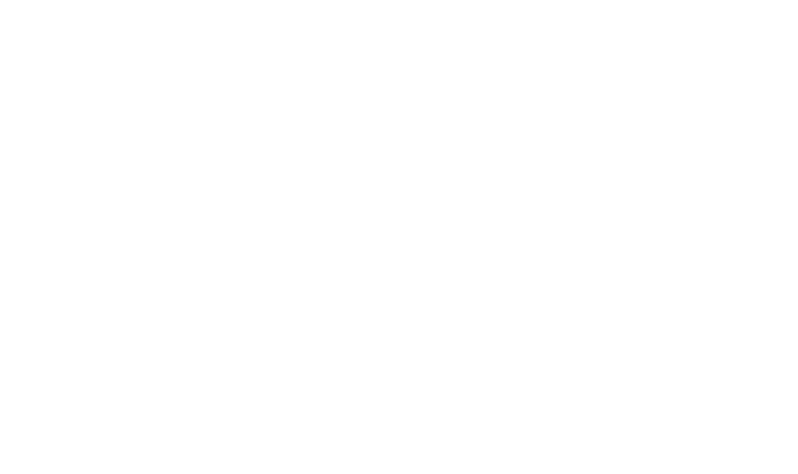 For All of Your Gardening Needs

Spring flowering bulbs give superb colour in the garden, after a dark Winter they cheer up the garden and gets us all geared up for the coming year.

Effectively there are two types of potatoes – earlies and maincrop.  Earlies grow quickly, have no skin worth speaking of, and are usually out of the soil before blight arrives.  Maincrop develop later, produce a higher yield, develop a thick skin and can therefore be stored – they are, unfortunately, more vulnerable to blight as they are in the ground during the summer months when blight conditions prevail.

Potatoes are grown from “seed potatoes” which are potatoes saved from the previous year’s crop.  It was traditional for Irish GIYers to save their own seed potatoes but this is generally out of favour now – better to buy certified seed potatoes each year, in case your own potatoes carry over a virus.

“Chitting” the seed potatoes is allowing them to sprout to give them a headstart before sowing.  Start this process in February – lay the seed potatoes out in a shallow tray or used egg cartons and leave them somewhere relatively bright and cool.  By March they will have developed green sprouts.  Some people pick off all but three of the sprouts before planting.

The soil in which you are planting potatoes requires a generous application of well-rotted farmyard manure, compost or seaweed before planting (ideally the previous winter).  Too much nitrogen however encourages leafy growth at the expense of the tubers. Sow first earlies in mid March (St Patrick’s Day traditionally) in single rows, 15cm deep, 25cm apart and 45cm between rows.  Maincrop spuds are sown in mid to late April.  Increase spacing to 35cm.  It is vitally important to include potatoes in your crop rotation as they are susceptible to disease if grown in the same ground year on year. 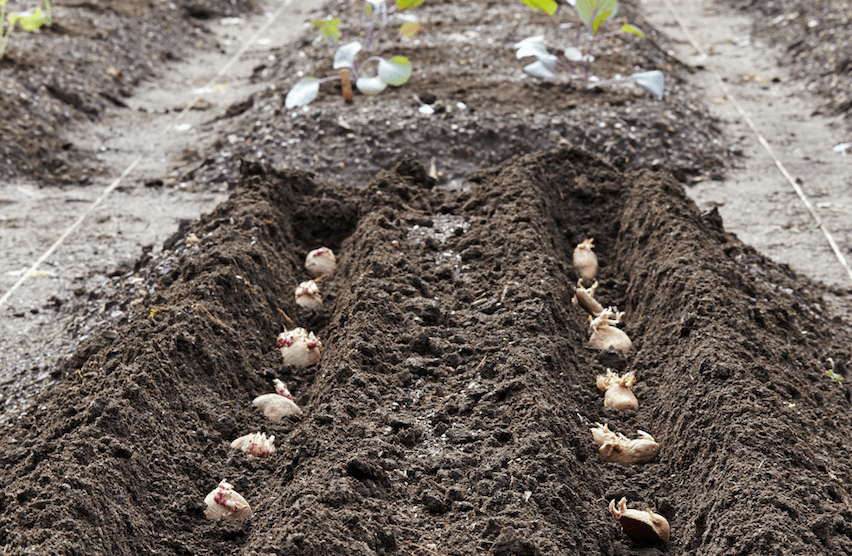 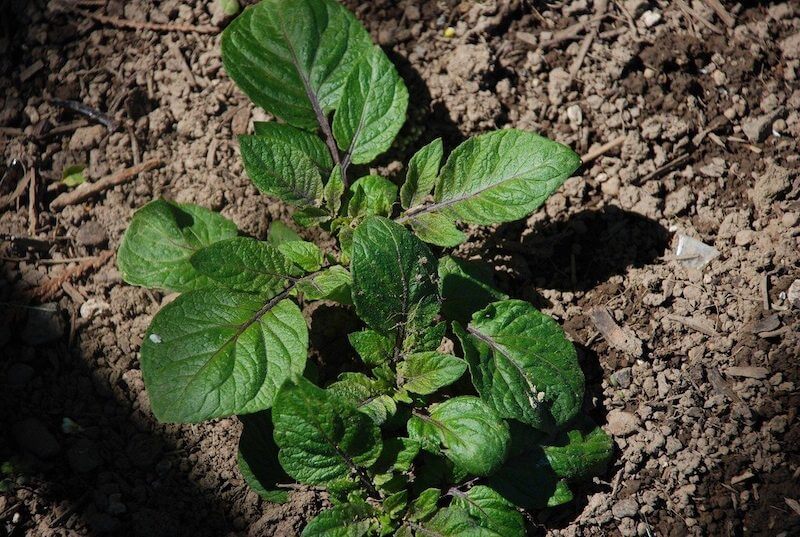 Cover young plants if there is any risk of frost. Potatoes require “earthing up” – this is a process of covering the stem (also called a “haulm”) with soil.  Since the potatoes grow along the haulm, the more of it that is buried beneath the soil, the more spuds you get.  Use a draw hoe to bring loose soil from around the plant up against the stem.  When the stems are 20cm high draw soil up leaving just 10cm of foliage above the surface.  Repeat once or twice during the summer, particularly if you see spuds popping through the soil – spuds go green if exposed to the light and are inedible (and poisonous).

Spring-blooming bulbs, such as tulips and daffodils, should be planted in September or October when the soil temperatures have cooled. 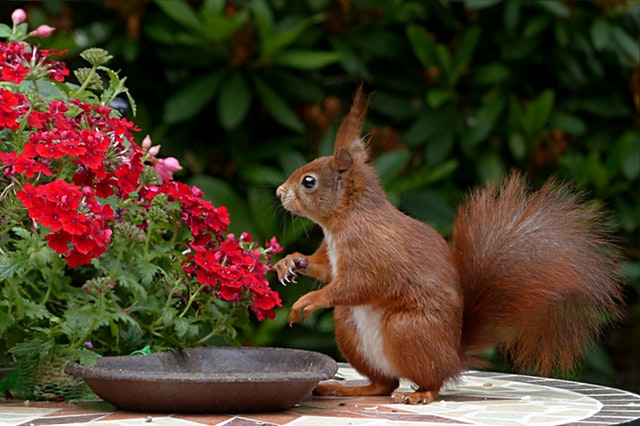 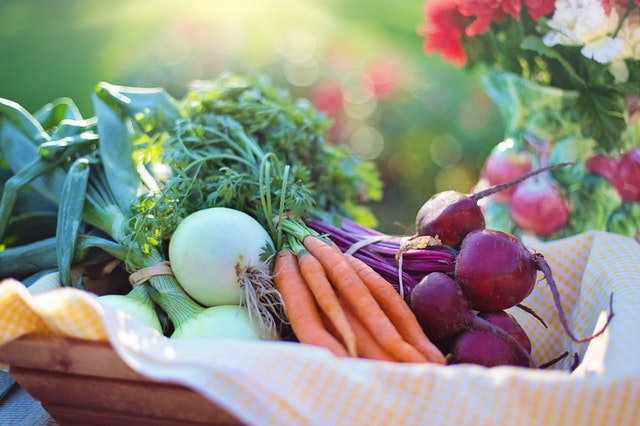 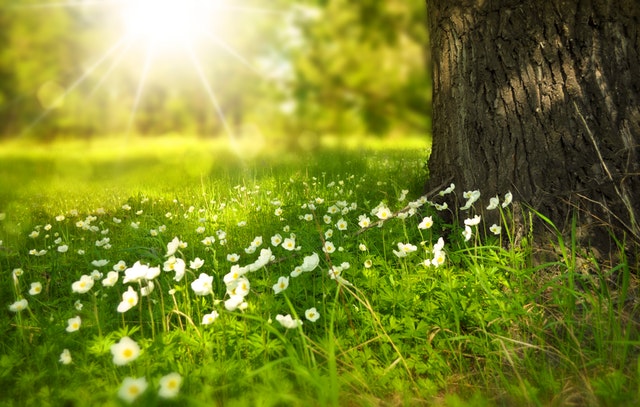 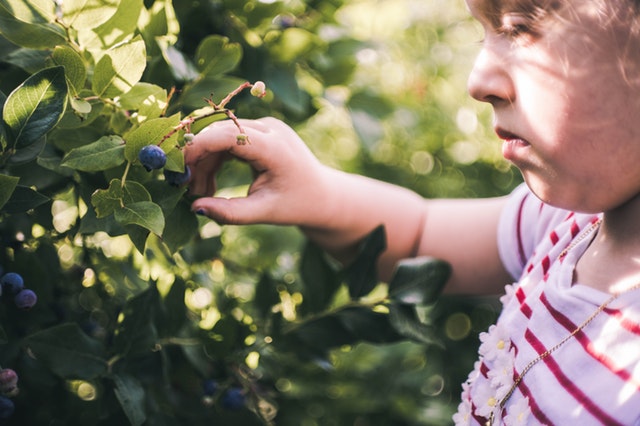 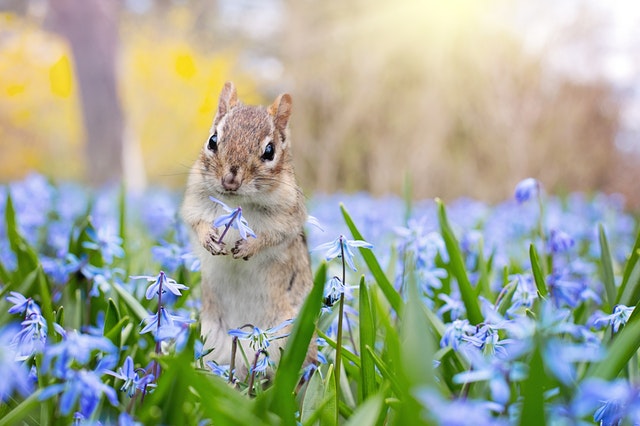 Our staff are here to help you build the garden you’ve always wanted. Drop in and ask one of our knowledgeable staff about ground cover plants.